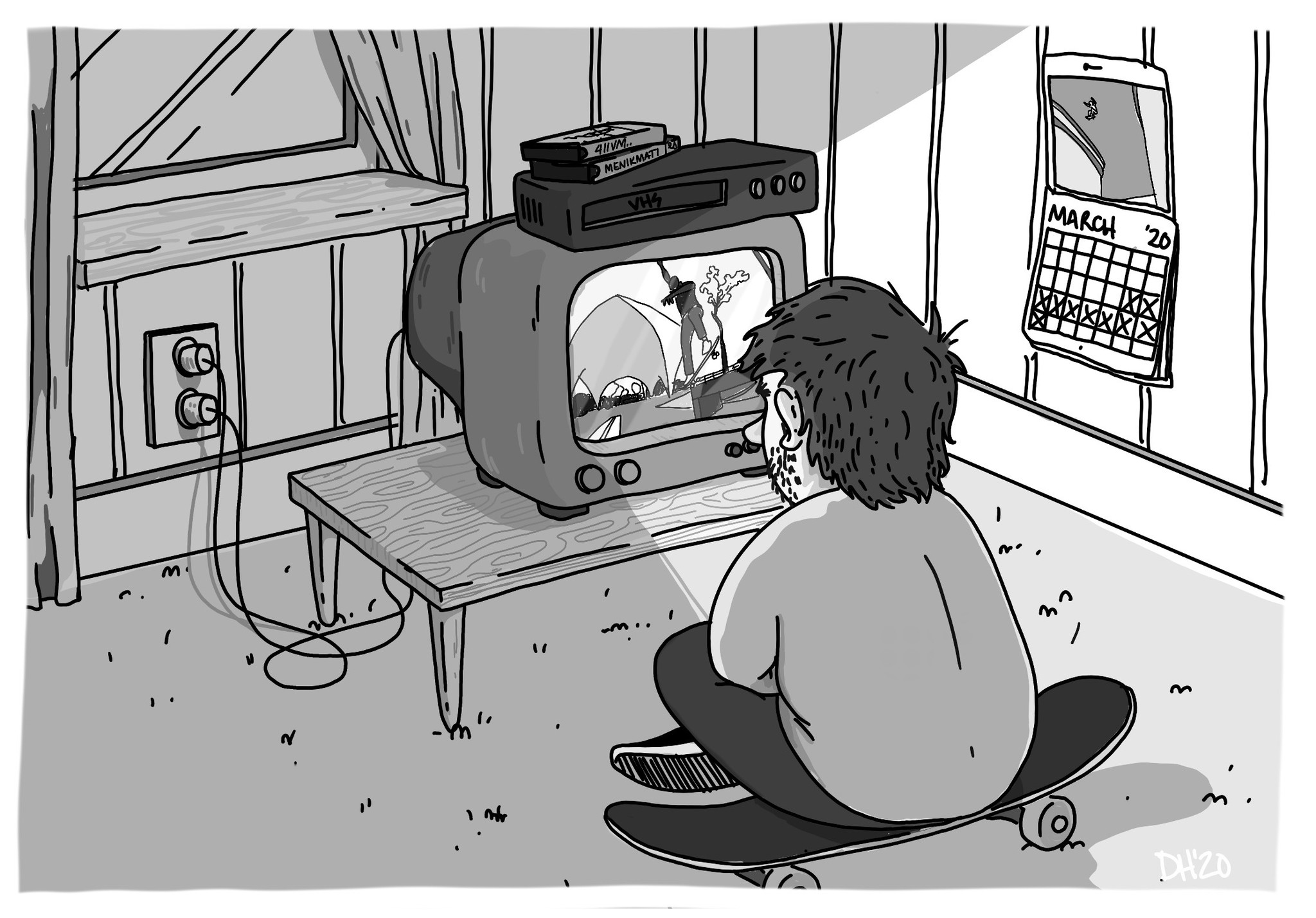 We know times are tough right now and you’re probably stuck in your room going insane looking for things to watch, or just gazing out the window thinking of skating with your friends. We’re going through the same thing at KCDC, which is we put together a list of 10 New York videos from the last year or so that you might have missed out on.

And if you do watch these videos and get sparked to skate take into consideration some rules and tips on skate during the age of covid-19. Stay safe out there folks, and look out for your fellow skaters.

Angel Delgado’s first full length is definitely one worth watching. OMW shows that you can put out a great video while still having fun and not taking skating too seriously. Also, it’s worth mentioning that Angel has been affiliated with KCDC since he was just a kid!

With parts from too many good New York skaters to name, David Rind’s full length is one to watch, ASAP. It’s 40 minutes, so you’ll have time to get comfy while watching all the heavy skating getting thrown around. David’s mix of old school hip-hop, dad rock, and electronic music the video never loses its edge.

This winter, Quell and NYCSP took a quick trip up to 2nd Nature skate park in Peekskill, New York. Leo Baker, Kristen Scalise, Abi Teixeira, and crew show us how 2nd Nature is supposed to be enjoyed - with a giant group of supportive friends.

KCDC’s own, Tristan Mershon has been steady killing it with videos in the recent past. This VX video is everything an east coast edit should be - fast and crusty. Check out, Marse Farmer, Sam Bellipanni, Chris Jata, James Cobb, Mike Wine, Nate Grzechowiak, and Justin Grzechowiak, in this edit.

Hotel Blue, one of New York’s most exciting crews, dropped another banger earlier this year. With mostly lo-fi beats and quick-footed skating, this video is sure to make you want to push around Manhattan.

Jordan Trahan, Alexis Sablone, Jahmal Williams, and the rest of the Dial Tone team is showcased in another solid edit filmed and edited by Josh Stewart. It seems like everything Josh has his hands in (companies, videos, teams, etc.) turns to gold, so go back and watch anything with his name on it!

In Michael Chow’s homie edit, you get a full James Sayres, that the world needed to see. Along with James the likes of Kevin Coakley, John Baragwanath, and plenty more rip apart so many of the New York spots that we all love.

Check out some New York and some Bay Area footage in Kyle Remendino’s new edit. Not only was he a filmer, along with Mike Marconi and George Montana, but Kyle also has some killer footage to kick off this edit. Keep an eye out for 5Boro’s Dan Conlin, as well!

In Abi Teixeira’s latest video she puts together all of their 2019 on the hard drive into one 10-minute funfilled edit. With a refreshing mix of LA and New York footy this video makes you want to go get some clips with your friends!

Melba
Hey very nice site!! Guy .. Excellent .. Amazing .. I will bookmark your
blog and take the feeds additionally? I'm happy to search out a lot of useful info here within the publish,
we need work out more techniques on this regard, thank
you for sharing. . . . . .